Sync data with your iPhone or iPad. Track investments with ease. For all types of securities, take advantage of iBank's powerful investment analysis and reports. Reconcile with paper statements. Convenient reconciliation keeps your accounts properly balanced. Go global. Works worldwide, with multi-currency support and localization for British English and French.

Take control of your financial life. Use scheduled transactions, attach files to your transactions, print checks, export to TurboTax and more. Help when you need it. I was a Mac user, of course, and I saw the need for a solid, truly Mac-based app that offered as many of the features of Quicken as was practical.

The first version of iBank came out in , and it was fairly rudimentary compared to how far it's come. As it turns out, the latest version of Quicken seems to have taken a big step backwards lately in terms of functionality. So for people tracking their personal finances on a Mac - and there are a lot of us - iBank is now probably the most complete Mac finance solution available. For instance, it's hard to get help with a lot of technology products, so we make sure we've got a killer support team.

The quality of help they provide has created a lot of customer loyalty. Along the same lines: we talk to, and listen to, and respond to our users. Bug fixes, changes to the user interface, new feature development, a transparent development process, regular updates It seems like an obvious way to do business, but I'm often surprised at how many companies don't get that right.

What features should a prospective buyer look into during a trial of your product? Everyone comes to iBank with a different set of goals or priorities. But almost all of them start with the same steps: importing their Quicken account data, and downloading transactions from online accounts. Unfortunately, these are choke points: if they don't work right, we can lose a sale.

But I mention them because in nearly every case, there are things we can help users overcome if they don't get their data to import correctly. Sometimes the problem is that a new user skips a step, but if the problem is on our end, or Quicken's, we've usually encountered the issue and can help the customer with a solution. On the bank download side, it's the same deal: not all banks support the direct download protocol, but we know how you can import transactions from nearly any bank or online account.

And we want to get you going! Since we offer free support even for users in demo mode, we encourage people to bring their questions to us. What's your favorite Mac app out there from another developer? There are so many great apps, it's not possible to pick a favorite. As a developer, I'm really enthusiastic about OS X, but that doesn't count They all do different things, and do them really well, though I don't think any of them are perfect either.

Right now there's a lot of excitement around iPhone apps and the iPad, and it's easy to understand why. The mobility and simplicity of the iOS platform is fantastic.

But there's still a crucial role for more demanding tools, like PhotoShop, or even iBank and iBiz, so I'm certainly not giving up on the desktop either. Some of the things people have been asking for in iBank, like synching budgets and Direct Access Data with iBank for the iPad, are right around the corner.

We're working on some long delayed features that users will be pretty excited about, but that's a function of resources as well. Of all the feature requests we hear, the biggest is probably bill-pay. It was something people were used to in Quicken, and now that Quicken Essentials has eliminated that functionality, it creates an opportunity for iBank to capture customers for whom bill-pay is a dealmaker.

Having said that, adding bill-pay is a huge undertaking. It involves a lot of back-end, third-party stuff that adds costs, complexity and potentially, security issues. For the end-user, it probably means that gaining access to bill-pay will entail monthly charges.


We've also seen a mini-trend of banks disallowing bill-pay that originates from third-party apps like Quicken - some institutions have concluded that the most secure method for paying bills is for account holders to do so from within their own accounts. So there are definitely some hurdles.

We're still weighing the extent to which iBank better serves customers by including bill-pay functionality, or the extent to which customers can live without it. For instance, you can already access your accounts via iBank's built-in browser, pay your bills without leaving the app or incurring extra charges, and then reconcile the payment when you next download the transaction period including that charge.

But for some customers, that's not how they want it to work. Over the long run adding bill pay feels inevitable. We're pretty responsive to users, and certainly, there are enough users calling for it. Again, it will take up development resources and time, so it's neither impossible nor improbable - just a matter of making it a priority. I am using Version 5. I purchased 7 and discovered that my Credit Union, where I have 5 account within the CR, can only update one or two of them.

I can't remember how many right now. I worked with IGG Support , which has always been great, and to make a long story short, they said that it cannot download all the Credit Union accounts because they all have the same basic number.

They use a main number and a suffix after this number to designate the different accounts. This was a Deal Breaker for me. All other bank accounts were downloaded properly. The confusing thing is that in Version 5. I asked why they couldn't do the same thing in Version 7 as they did in Version 5. They said it wasn't't that easy. So they did give me a refund. I have to say I liked everything about Banktivity 7.

Especially the dark mode. It just doesn't perform as well in recognizing accounts as version 5. I really hope they fix this situation and I would buy again in a minute. Like 1. I think I found out what was wrong now. My Credit Union said they do not allow more than one financial program at a time to access and download account data. Which means I would have to deactivate the accounts in Banktivity 5.

All other Bank accounts downloaded fine in Banktivity 7 even with Version 5 active. It is a little scary to deactivate a program that is working perfectly just to try another. Do yourselves a favor and get SEE Finance 2. It's very well-supported, works well, and upgrade fees are quite rare only when they went from version 1 to version 2, which is a complete rewrite.

I'm curious to see how US-centric non-US customers find it. It's definitely extremely customizable. SEE Finance doesn't have the capability to print cheques if you need that feature. I find Banktivity and excellent and well-supported program. I started using it as a Quicken-orphan, during the period when that program wasn't being supported for Macintosh.

I considered going back when Quicken resumed support for its program, but found that Banktivity actually does everything I want it to do at least as well as the better-known but worse-supported program does. I would recommend Banktivity to anyone. Iggsoft aren't interested in non-US customers.

The Banktivity Budgeting module has a bug which makes it useless for anybody living outside America or Canada. 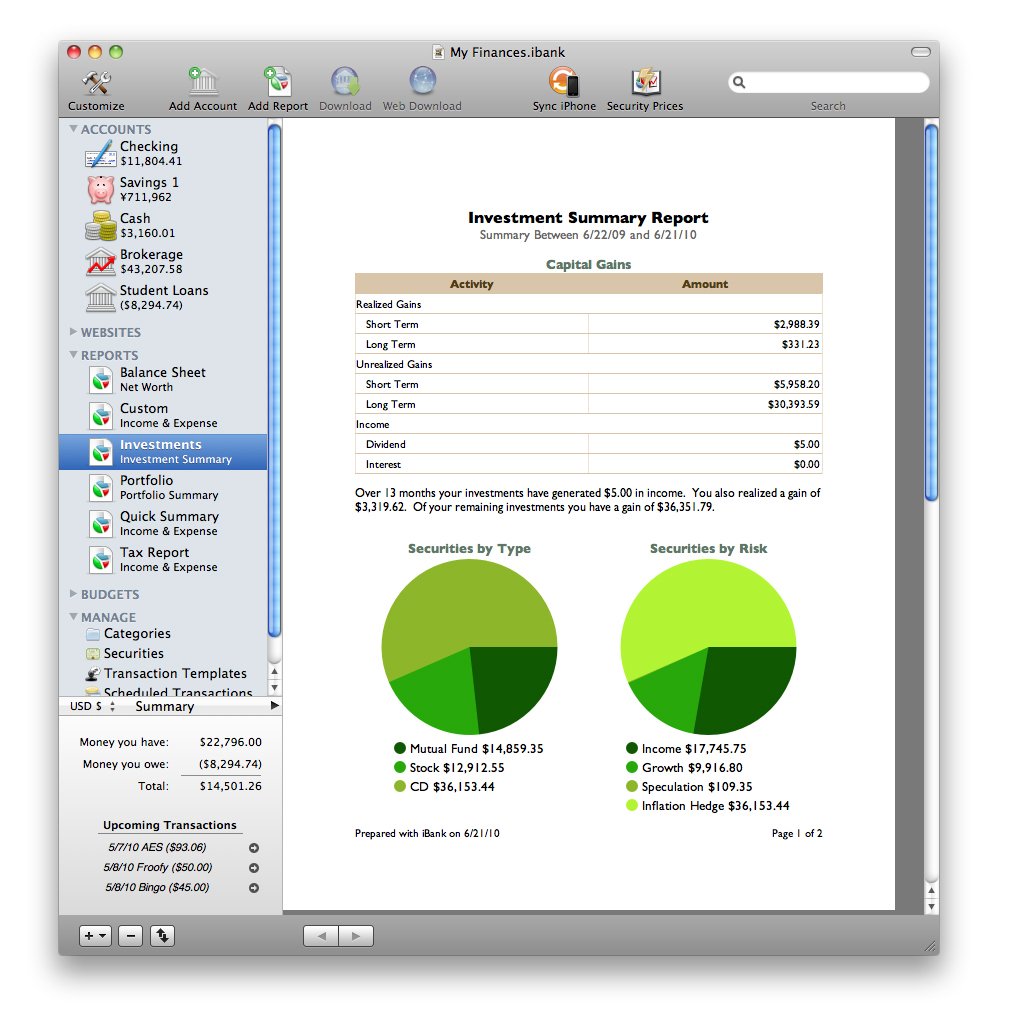 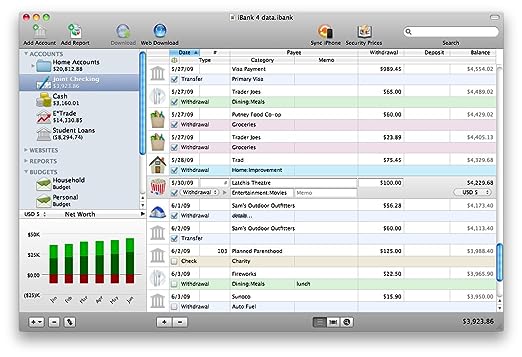